Common Effects of Divorce on Teens 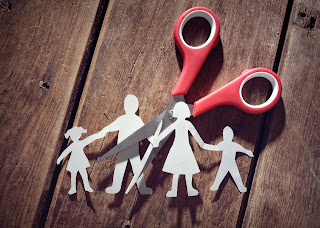 Teenagers can sometimes seem to do great with a parent’s divorce, but it doesn’t always go so smoothly. In fact, most of the time teenagers experience some negativity associated with it. However, if the parents work together to help their child cope, the effects can be overcome. Otherwise, teenagers can often be negatively affected well into their adult life from their parents' divorce.

One of the first signs of a problem is often a slight drop in grades. Don’t panic if your child’s grades go down a little, but do make a note of it. Have a meeting with the child’s teacher as well as with your child. Talk to them about the importance of their education and that both parents are on their side.

Many teenagers tend to want to be with their friends, so that’s relatively normal. But if you had a family routine before, try to keep it after. For example, if you have family movie days or special TV show nights and other traditions, don’t stop them just because they now need to do it at separate homes.

Some teenagers will try to take sides in the divorce. This mostly only happens when the parents are trying to pit the children against the other parent. However, sometimes a kid will get in their mind something that both parents need to set straight. It does not matter why one is divorcing, the kids can’t take sides and need to visit and see both parents almost without exception.

Many teenagers, especially if they require a lot of their parents’ time or perceive that they do, will blame themselves for the divorce. They may think, "if only I were better, my parents would not have left." This is so dangerous because it can manifest in serious issues for the teenager. Tell your child that divorce is never anyone’s fault but the married partners.

Divorce can seem like a death. It ends something familiar. You must remember that no matter your problems, the children hopefully never experienced the brunt of the issues that led to divorce. That’s a good thing, except now the divorce is a shock, and it can lead to depression. Try to be open with your kids as soon as you can so that you can help lessen the blow and give them comfort.

Some teenagers will suffer an inability to trust relationships after experiencing a divorce. This problem can last a lifetime if it’s not something that gets dealt with. For your child’s sake, have plenty of conversations with them about trust and how you trust people again. Seek professional counseling if needed.

It’s not uncommon for teenagers to act out in surprising ways after a divorce. They may get moody and act out against teachers, peers, siblings, and parents. They may seem to be angry at the world, or at themselves. This is a sure sign that counseling is needed.

It’s not a given that all teenagers are going to experience every single adverse reaction to their parent’s divorce. In fact, some teens can even thrive after divorce. The difference is often in how the parents are dealing with it. Don’t put your children in the middle, and don’t expect them to react to it like an adult. They are children, and this is a huge thing that is going to change their life forever – without their permission.
Posted by World OnPassive at 3:15 AM 3 comments:

Want to be a digital marketing professional and lead the lifestyle that you've constantly imagined? Then you require to transform the me...